1. Progress on the PREXY Bikeway. Members of the redoubtable Uncool Cycling & Canoeing Club have alerted us to rapid progress on the long-awaited new bikeway running parallel to the Port Expressway (the ‘PREXY’) – see the very encouraging photo below. Over the past 2-3 years we have covered the development of the PREXY Bikeway and it’s various connections as information has come to hand – some informative links to relevant blog posts below (with extracts).

September 2018  “The new off-road path will connect the existing path off Eastern Parade in Port Adelaide to the Northern Connector path. It will run side-by-side with the Port River Expressway and is expected to be completed by the end of 2019. Once it is up and running, cycling on the Port River Expressway between Port Adelaide and the Superway will be banned… It will connect to the new Northern Connector [NEXY] Bikeway as well as the Gawler Greenway so it will provide connectivity to Salisbury as well as Gawler and to suburbs along the way such as Mawson Lakes etc.” 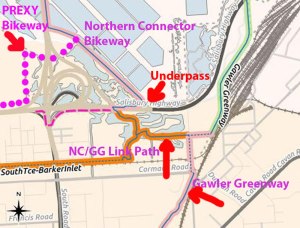 PREXY Bikeway access at the western ‘harbor’ end remains a tad unclear but we believe will be at or close to the PREXY’s intersection with Eastern Parade.

Note that DPTI staff caution cyclists seeking to enter or inspect the site – it remains an active construction zone & is unsuitable for public access!

Closure: The Linear Path adjacent to the Hindmarsh Cemetery.

“In January 2020 signage was installed along the River Torrens Linear Park (RTLP) path notifying users that construction of the new path and bridge structure will commence in [mid]March 2020… with an estimated completion date of approximately December 2020.

“During the works there will be localised traffic management on Adam Street between River Street and South Road… access to the Carpark on the corner of Adam Street and River Street will [be closed] during construction as it will be the location of the Contractors site office. … Detours for bike riders will be enforced during this time.”

For updates and to view the detour map refer to the CCS website. Construction enquiries: Carmine D’Amico, 8408 1189. 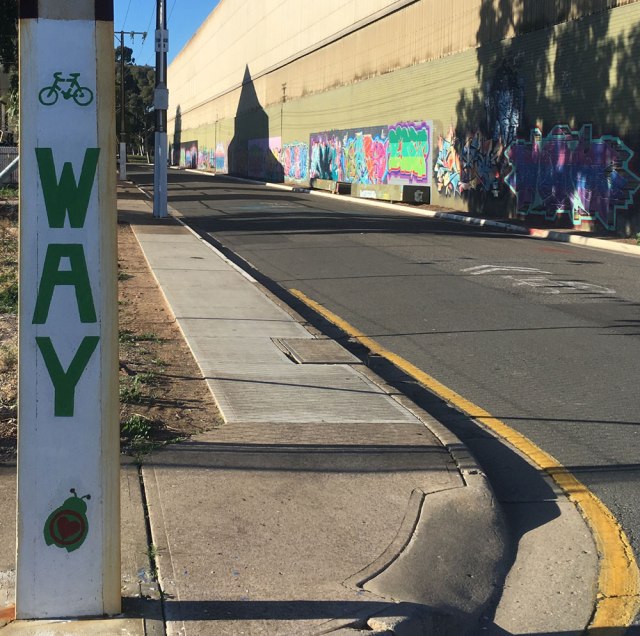 The Pinda Street Greenway detour – ‘Bianco Site’ on the right. 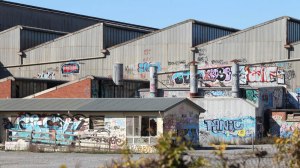 3. Outer Harbor Greenway – Kilkenny.  Charles Sturt Council have announced a rezoning proposal for land behind the Kilkenny Rail Station and between Wilpena Street and McInerney Reserve, also known as ‘the Bianco site’. The Council has had a long-standing arrangement to ensure a section of this site behind the station is reserved for an extension of the Greenway between Wilpena Trc and the Reserve. 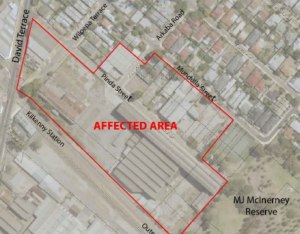 This new pathway will provide direct access between the David Trc road crossing and McInerney Reserve, avoiding the current detour via Wilpena Trc, Pinda Street and the Reserve pathways. The relevant DPA proposals are to “ensure pedestrian connections to MJ McInerney Reserve and the station platform” & “allow for the location of the Outer Harbour Greenway through the subject land, adjacent to the railway corridor.”  More details here. 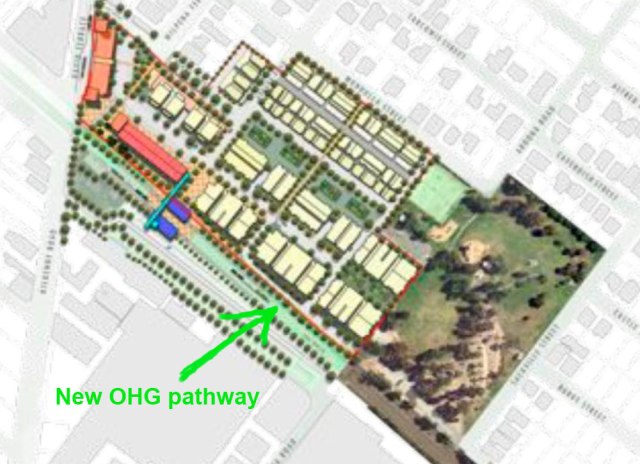 From the DPA showing the new OHG Path.