Posted on September 5, 2016 by samsavvas

Spring is here! And ‘yes’, regrettably it’s been 3 months since our last post back in May. Your BUG has been super busy with bike matters & now we have time to breath! Spring is here too which means sunny bike riding! Here’s some of what we’ve been up to:

1.  Liaison with Transport Minister:  We wrote to Minister Mullighan in August to offer encouragement for some of his current bicycle policies (particularly the ‘1 metre’ rule & ‘bikes on footpaths’) & to encourage increased funding in 2017-18 for longer-term bicycle projects. We also had a nice cup of tea with the Premier & Minister at a recent ‘community cabinet’ in the west at which the the Minister yet again assured us that a new State Bicycle Strategy would soon be available for community consultation. We await the Minister’s announcement… 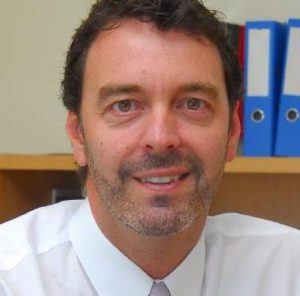 2.  Meetings with Council:  The BUG met with Mark Withers, the Port Council’s new CEO to discuss our common ambitions for a more actively mobile community. We were very pleased to note the high priority that Mark placed on both the Council’s engagement with the community in all matters and the systematic& comprehensive implementation of the Council’s new Bike Plan! The BUG also met with PA/E transport staff to discuss this implementation, the new bike projects the community might expect to see emerge year-by-year & opportunities for the BUG’s participation therein.

3.  Reduced Bike Lane Operation Times:  We provided a submission to Council regarding proposed changes to bike lane operation on St Vincent Street. The Council has proposed that the afternoon operation of the northern-side bike lane (between the Nelson Street and Commercial Road junctions) be reduced by 1 hour from 4-7pm to 4-6pm. The Council argues that traffic levels do not meet guidelines required by the longer operation time. They also note that adjacent businesses are demanding increased on-street parking late in the afternoon. However on the information available the BUG was unable to support this reduction as the section of bike lane in question is narrow and already frequently obstructed by parked cars and a bus stop. However the question is clearly something that Council has to grapple with. Our submission noted some of the complexities that we feel require their careful attention. We’ll keep readers posted regarding the outcome. 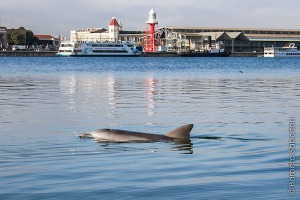 4.  Inner Harbour Issues:  Following a presentation to the Port Environment Forum, the BUG wrote to RenewalSA detailing a number of active transport issues we feel should be considered in planning the recently announced Inner Harbour housing redevelopment. In particular we noted the likely impact of increased motor traffic on existing roads, parking space and general amenity. We pointed to the need for careful & specific planning to anticipate these impacts and strongly encouraged a complementary Active Transport Strategy for the Inner Harbour. We understand Council is now planning a Local Area Transport Management (LATM) study for the Port CBD.

5.  New ‘Gillman Greenway’? BUG members have conducted an initial ‘on the bike’ route survey for a new Greenway route we have proposed between Port Adelaide & Gillman, Wingfield, Dry Creek & Mawson Lakes (including connections to the proposed new Northern Connector bike path, the Salisbury bike network & the Gawler Greenway). The BUG will conduct further survey work prior to providing recommendations to Council. The map at the right shows our proposed new route (outlined in green).

6.  Goodbye Shaun:  The Port Council has lost the services of it’s Bicycle Officer, Shaun Dewaal who is off to Melbourne to further his career and be closer to family. It’s been really great to have a dedicated ‘bicycle’ position on Council staff whom we (and you) can directly liaise with and who could take on a key active transport coordination role. We wish Shaun all the best in his future work and hope that the Bicycle Officer role can be filled as soon as possible.

Ring Your Bell – Spring is Here!