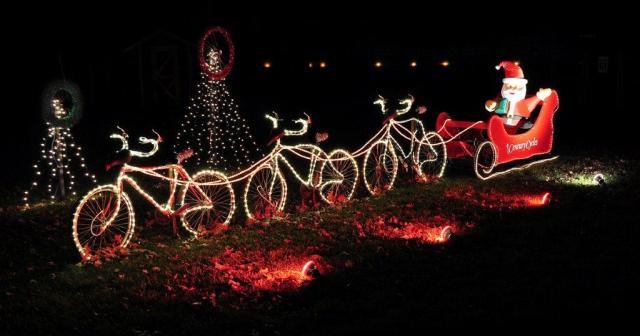 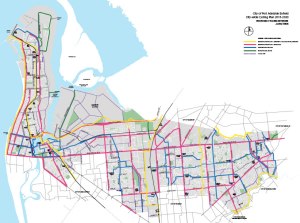 1.  BUG Update: The PortBUG has been busy! We recently met with Council staff for an update on the implementation of the PA/E Bike Plan. News is encouraging with a number of projects to be finished in the coming months. More details in a coming update. The BUG has also made a detailed submission to Council’s Rosewater LATM (a new Local Area Traffic Management Plan). This input is important because the development of new bikeways within Rosewater and adjacent Ottoway will be key to the building of the planned ‘East-West Connector’ bike-way from Port Adelaide all the way to South Road and beyond! We’ll provide more details in a subsequent post & at our website. 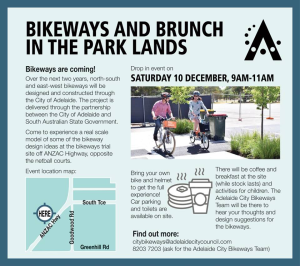 2.  Bikeways & Brunch in the Parklands – Adelaide Cycleways Open Day:  Adelaide Cycleways? Well Adelaide CBD’s cycleways anyway! Come & see what the fuss is about this Saturday 10th Dec from 9am! Adelaide City Council will be showcasing its sample road treatments on Saturday, with coffee, crepes and kids’ activities.  The Bicycle Institute (BISA) has been working on making longer trial sections available on the day to give a better idea of how well these designs will work. So even if you’ve already visited, join them at the old netball courts off Anzac Highway to judge how ACC & BISA are doing.

Jeremy has overcome major heart problems in childhood to ride his bicycle 52,000km around the world and through 29 countries along the way.

Jeremy’s book will be available for sale (and signing) on the day. Light refreshments provided.

“When looking at the economy .. we continue to talk… about moving cars. We need to talk about moving people. Moving people in and out of Belfast city is good for business; moving cars is not.”      Perhaps some lessons here for our own State & Federal Governments! 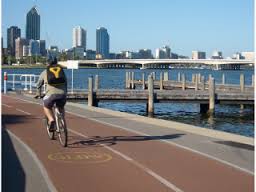 5.  Big News – Victoria Also Sets an Example for S.A! (from David Worth, STCWA) ‘The Victorian Government has established Active Transport Victoria (ATV) to promote the benefits of walking and cycling in that state.

Impressive stuff eh! More information here. Meanwhile – we have to ask ‘where is South Australia’s own long-overdue State Bicycle Plan…?’

6.  What’s Old is New Again: Expect to soon hear renewed proposals for a ‘by-pass’ on the Coastal Path at the Palais at Semaphore. Meanwhile…

Outside The Palais & Semaphore Bathing Pavilion in the 1930s, nearly 90 years ago. In the old days there was plenty of room to safely perambulate in your finery – or even hunt for Pokemon Go!