Note: See below for a Form Letter that you can send to Min. Stephan Knoll.

Each year PA/E staff and the PortBUG come up with a program of targeted projects taken from those identified in its Bike Plan as well as others that arise associated with DPTI projects and other initiatives.  And every year since 2015 the Port Adelaide/Enfield Council has also applied to the State Bicycle Fund (administered by DPTI) for the matched funding grant it requires to implement these projects.

So the PortBUG read with considerable alarm in this year’s Budget Papers (page 120, Budget Measures paper) of the Government’s intention to reduce this fund through: ‘rationalisation of lower priority services, including a reduction in… grants provided to local councils for cycling paths’.

We understand that over the past few years the SBF has hovered around $2M, to be shared amongst all of South Australia’s councils. Not much really, especially when we consider the amount of work and investment required to transform Adelaide into a ‘Bike Friendly City’! We now have it on good authority that the SBF may have been reduced to around $300,000 or even less for the coming year. If correct this seems to be tokenism at its worst! 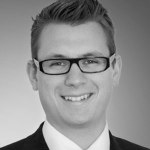 Why? Because it simply will not be enough to continue to support local government struggling to create a ‘bike friendly city’ at ground level where it counts! Over 2016-17 the Port Adelaide Council alone relied on a grant of $164,000 to continue implementation of its own Bike Plan (as well as $68,700 in 2015/16 and $68,500 in 2014/15)! Clearly $300,000 isn’t going to be of much help when divided up amongst all of Adelaide’s, let alone other South Australian councils!

We are very concerned at where this may leave PA/E Council with 2 years yet to run in completing its current Bike Plan and facing many challenges associated with:

Accordingly we have written to Transport Minister Stephan Knoll asking him to clarify this budget cut, to indicate the funds available to Councils over the next few years and – of course – to reconsider the decision if at all possible. We will keep you informed of his response!

Update:
The PortBUG has written to Transport Minister Stefan Knoll seeking clarification of the massive (apparently) massive cut to the State Bike Fund.

If you too would like to email Minister Knoll to appeal this very retrograde decision we provide a form letter below – just copy the letter’s text into an email, put the Minister’s address in the address line, personalise, tidy up and add any further information as required and send!