The Bicycle Institute of SA (BISA) has today called on political parties at the coming March elections to allocate $75 million a year for 4 years to fund a RAPID and SIGNIFICANT increase in cycle funding.

The demands are outlined in a letter to the state’s political parties, which also asks that they respond.

Below is an analysis based on work by BISA as to what cycling-related commitments have been made thus far by the 4 major contenders:

1.  Labour: Labour has made only a single cycling-related commitment – to increase bike cages at public transport stops with an investment of $350,000. Contrast this with the findings of the 2017 Adelaide Cycle Park ‘n Ride Survey which found that at least $5.5 million is required! Labour have made no policy commitments to support cycling for transport. Also notably absent from their agenda is any mention of a revised ‘State Bicycle Plan’, the current Plan now being some 7 years out of date…

2.  Liberal: The Liberals have made only one funding commitment, a somewhat ‘left field’ proposal to a build ‘Great Southern Cycleway’ to connect Adelaide and Melbourne. The outcomes are obviously focussed on tourism benefits, although these seem likely to be limited, especially given the investment required. Surprising too given the many, many potential projects for cycle tourism much closer to home! No costings have been provided nor have the Liberals made any commitments to support cycling for transport! 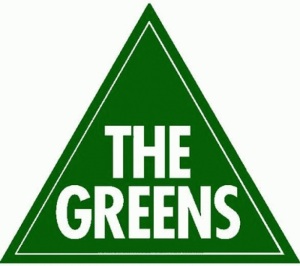 3.  Greens:  Unlike Labour and the Liberals, the greens appear to have done their homework!

4.  SA Best: SA Best appear to have only a couple of policies related to transport and they have nothing to do with cycling, focussing instead on increasing rural road speeds and increasing the share of the transport budget addressing the backlog of rural road repair. No cycling-related or other transport policies!

5.  The Greens in Detail: PortBUG cannot help but notice that The Greens appear to be the only Party which has acknowledged the community’s need for an Active Transport Future.

The Greens have committed to:

Without taking a partisan position, PortBUG applauds The Greens for their policy releases and their obvious commitment to Active Transport.

The lack of substantial policies supporting utility bike use from the other 3 major contenders is of course extremely disappointing when we’re only about 3 weeks away from the election! Let’s hope we see the situation change in coming days!